Houston, TX – Senator Bettencourt (R-Houston) is lauding the release of Governor Greg Abbott’s (R-Texas) proclamation that makes it clear to county clerks and election administrators that poll watchers will be allowed to observe the drop off of absentee ballots at one central location. (Read here: https://bit.ly/33m3AME)

“I laud Governor Abbott for taking action to make it clear to the Texas public, election administrators, and county clerks that when absentee ballots are delivered they can be observed by poll watchers of both parties,” said Senator Bettencourt. “It is essential that the public be able to trust in the integrity of the election system and as a former elections official it is bewildering to me that any county clerk would resist having poll watchers present to watch election officials do their job under the Texas Election Code.” 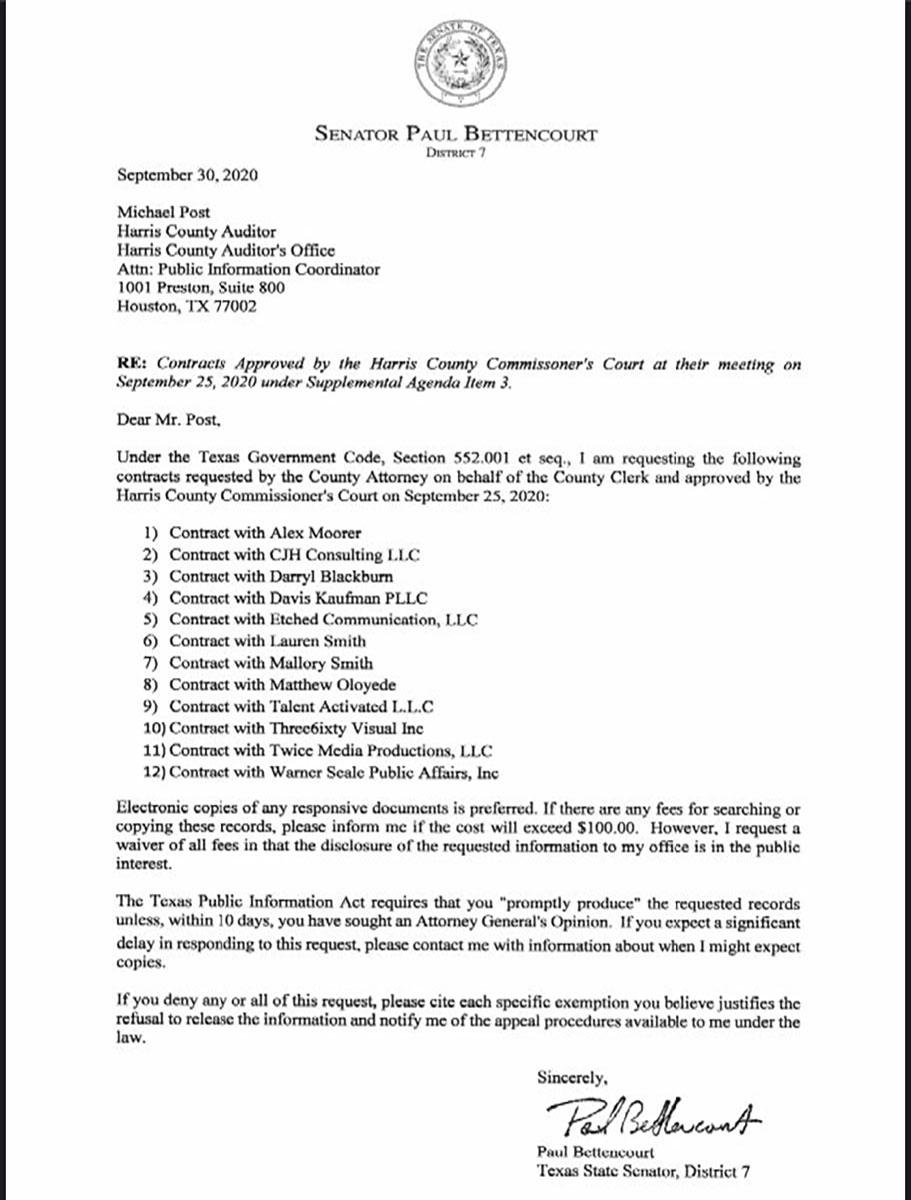 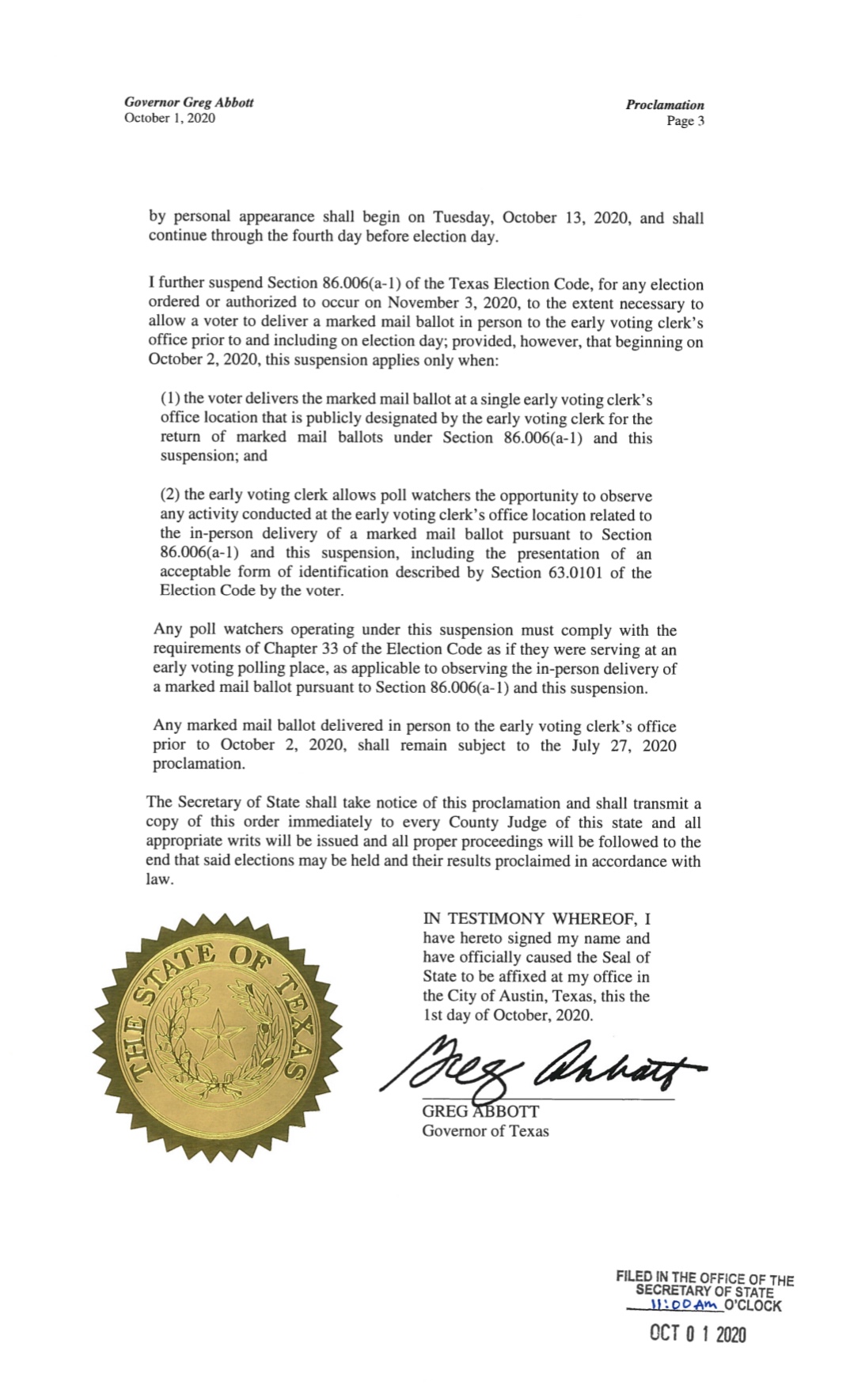 In addition Senator Bettencourt has sent an open records request on an extremely irregular Harris County Commissioner Court agenda item that approved twelve contracts for the appointed County Clerk Chris Hollins (D-Harris County) that are scopes of supply only, or without going through the purchasing process! These undocumented election clerk related contracts were passed on a partisan 3-2 margin.

“I was a county elected official for 10 years and never could I imagine unvetted scopes of supply on an election matter being released without a thorough purchasing contract first being approved,” added Senator Bettencourt. “The public has a right to know what these contracts are for, how they are going to be paid, and what the performance metrics are. Transparency and poll watchers are the sunshine that the public needs to have faith in the integrity of the Harris County elections process and in the rest of the State,” concluded Senator Bettencourt.