Welcome to the official website for the
Texas Senate
Senator Kelly Hancock: District 9 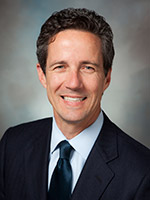 First elected to the Texas Senate in 2012, Kelly Hancock represents Senate District 9, which includes portions of Tarrant and Dallas Counties. He previously served three terms in the Texas House of Representatives and remains an advocate for core conservative values of limited government, lower taxes, and strong family values.

Throughout his legislative career, Senator Hancock has worked to keep government out of the way of Texas' job-creators and has also passed voter identification legislation, pro-life legislation, immigration reform legislation, and state sovereignty legislation.

A graduate of Baylor University, Senator Hancock possesses an extensive business background and runs his family-founded distribution company. His commitment to public service began shortly after the birth of his first child. As a parent dedicated to a strong education system, Senator Hancock spent the next 13 years serving on his local school board.

The Senator and his wife, Robin, have been married nearly 35 years and have three children: Chloe (Greg), Skylar (Aaron) and Harrison. They proudly welcomed their first grandchild in 2018 and two more in 2021!