"I was delighted to receive this award from Laredo's LULAC Council 12," Senator Zaffirini said. "As the oldest organization founded to promote civil rights for Mexican Americans, LULAC has shaped our nation and our state for the better. Laredo's Council 12 is highly respected in our community and statewide, and its leadership in promoting education and civic engagement is critical."

Council 12 President Camilla Sosa said the award is highly fitting for the first Hispanic woman to be elected to the Texas Senate, the second highest-ranking senator and the highest-ranking woman and Hispanic senator. "Senator Zaffirini is a beloved and deeply respected member of the Laredo community who has made innumerable contributions to our city throughout her illustrious career,” Sosa said. “She is a true Laredo treasure, and LULAC Council 12 is honored to present her with an award highlighting her many accomplishments as an Hispanic leader."

She added that in its 90-year history, this is only the second Lifetime Achievement Award LULAC has bestowed.

The senator has received more than 1,000 awards and recognitions for her professional and public service work, including being named to the Texas Women’s Hall of Fame; Mr. South Texas by the Washington’s Birthday Celebration Association; and Sister Judith, an Honorary Nun, by the Sisters of Mercy and Mercy Ministries.

Her career-long 100 percent voting record, having cast 64,330 consecutive votes since 1987, is unique nationwide. She also has had perfect attendance in the Texas Senate since 1987, except for breaking quorum deliberately to prevent an untimely re-redistricting that the U.S. Supreme Court (2006) ruled violated the Voting Rights Act and disenfranchised voters in SD 21.

Senator Zaffirini has sponsored and passed 1,160 bills and 36 substantive resolutions. Showing her bipartisan effectiveness, in the 2019 Republican-dominated Texas Legislature she passed 127 bills, breaking her record of 108 and passing more bills than any other legislator for the third consecutive legislative session. What's more, she has passed more bills than any other legislator in the history of the State of Texas. 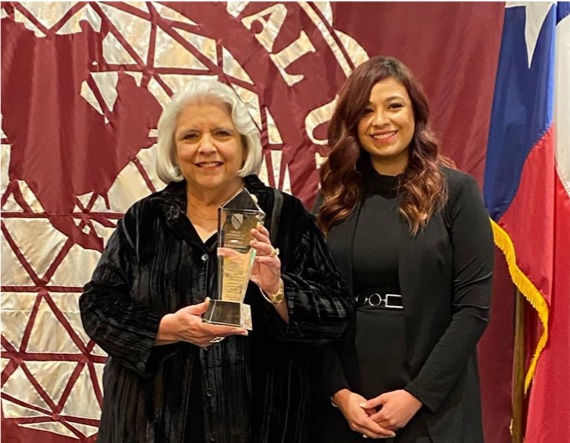