Founded in 1893, PWT champions First Amendment rights, supports women in journalism and communications and offers scholarships to students preparing for a career in these fields.

"I am truly delighted and honored to receive these awards from PWT, of which I have been a member since 1973." Senator Zaffirini said. "These awards reflect my commitment to communicating effectively with my constituents to best serve their needs."

What's more, she won first, second, third and honorable mention in the categories of news or feature releases (single and multiple releases) and single advertisement for print/electronic publication.

The entries winning first place advance to the national level, and the Ann Faragher Sweepstakes Award for the most winning entries in the state contest will be announced at PWT's 2018 state convention in Waco, Texas, in June.

Senator Zaffirini holds Bachelor of Science, Master of Arts and PhD degrees in communications from The University of Texas at Austin, which named her its 2016 Outstanding Communication Alumna. While at UT, she served as a reporter, feature writer, copy editor, headline writer, assistant editor and special issue editor for The Daily Texan, which named her to its hall of fame in 2016. In 2015 and 1980 Senator Zaffirini was named PWT's Communicator of Achievement. 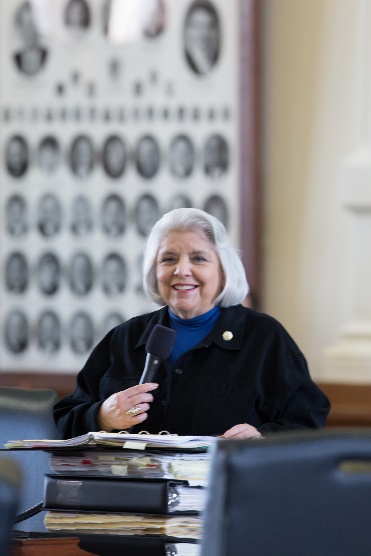 SENATOR JUDITH ZAFFIRINI, D-LAREDO, represents Senate District 21 in the Texas Senate. A strong communicator on behalf of her constituents, she has won more than 320 awards for communication projects.