(AUSTIN) —The Texas Legislature today adjourned the 2017 legislative session Sine Die today (Monday), with Senator Judith Zaffirini, D-Laredo, having passed 108 bills since January. That brings her total to 1,003 bills passed since 1987, more than any other legislator in the history of the State of Texas. This year she again broke her personal record, passing 54 Senate bills and 54 House bills.

"This legislation will improve the quality of life for countless families in Senate District 21 and throughout Texas," Senator Zaffirini said. "Our successes include measures that improve public safety, increase access to justice, protect fundamental constitutional rights, enhance health coverage for persons in need of mental health care and incentivize the use of more environmentally-friendly vehicles."

"Persistence is key to success in the Texas Senate," Senator Zaffirini said. "Many bills don't pass until the second or third try. This was the fifth consecutive session I've filed a texting ban bill, and it gained additional support each session."

Senator Zaffirini encourages her constituents to participate in the policymaking process, especially because they have suggested ideas for some of her best legislation.

"My staff and I already are working with stakeholders and constituents to improve bills that didn't pass this session and develop new ones for the session that convenes in January, 2019," she said. "What's more, it is possible that Governor Abbott will call one or more special sessions before 2018, and we plan to be prepared for any opportunities to pass additional legislation that would benefit Texas families."

Senator Zaffirini's legendary work ethic is reflected in her 100 percent voting record, having cast more than 55,660 consecutive votes as of 2015, and her perfect attendance in the Texas Senate since 1987, except for breaking quorum deliberately to prevent an untimely re-redistricting that the U.S. Supreme Court (2006) ruled violated the Voting Rights Act and disenfranchised voters in SD 21. During her time in the Senate, she has sponsored and passed 1,003 bills and 53 substantive resolutions. 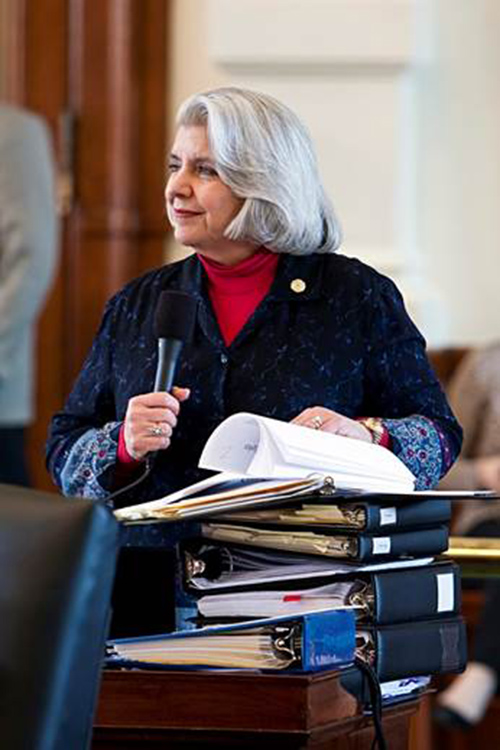