(AUSTIN) — The Texas Senate today passed Senate Bill (SB) 50 by Senator Judith Zaffirini, D-Laredo, which would help combat the serious problem of hazing at colleges and universities. More than 60 students have died in fraternity-related incidents nationwide since 2005.

"Hazing has no place on Texas campuses, especially because it inflicts such harmful mental and physical trauma on students," Senator Zaffirini said. "SB 50 would help stop this serious offense by clarifying the ambiguous definition of hazing in Texas law and fix other statutory defects that impede prosecution."

Current law omits some acts that most people would agree are acts of hazing, including actions that threaten students with ostracization, mental stress, shame or humiliation. SB 50 would clarify the definition of hazing and ensure it includes the coerced use of alcohol or drugs and hazing rituals that require pledges to break state law.

What's more, it would update venue provisions and clarify that a person may be granted immunity from prosecution if he or she voluntarily reports hazing before being part of an investigation and cooperates throughout the investigation of a hazing incident.

"By clarifying and reforming the statute to facilitate prosecution of hazing offenses, SB 50 would help ensure that this state’s college campuses remain environments that promote community, citizenship and learning," Senator Zaffirini said. 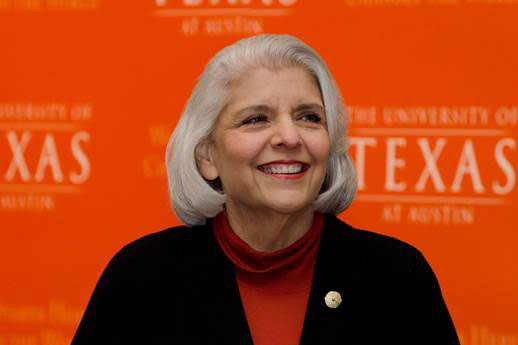 SENATOR JUDITH ZAFFIRINI, who holds B.S., M.A. and PhD degrees from The University of Texas at Austin, is a champion for students at colleges and universities throughout Texas.