"Commissioner Galo and Commissioner Treviño are tremendous leaders for our hometown and for our state, and I am delighted they will continue their public service for these important state agencies," Senator Zaffirini said. "I am grateful to Governor Abbott for appointing them, and it was my pleasure to sponsor their nominations in the Texas Senate."

Active in her family business, Commissioner Galo is Vice President and Co-Operations Manager of companies dealing with oil and gas holdings, commercial real estate and ranching. She also devotes much of her time, energy and resources to many civic and educational organizations, including the Angel of Hope, the Webb County Children’s Advocacy Center, the International Good Neighbor Council, the Imaginarium Children’s Museum and AVANCE.

She is a former president and current member of the Board of Directors of the South Texas Food Bank, through whom in 2006 she and her family established and maintain three Kids' Cafes that serve free, nutritious, well-balanced hot meals after school to children at risk of hunger in low-income neighborhoods. Most recently, they endowed a scholarship for students with dyslexia at Texas A&M International University. A graduate of St. Mary's University and former teacher, Commissioner Galo is a founding member of the Laredo Community College Education Foundation and President of the United Day School Board of Trustees.

She has received numerous awards and recognitions for her leadership. These include the Tejano Achiever Award from LULAC and induction into the Laredo Hall of Fame by Lead Laredo and the Junior Achievement of Laredo Business Hall of Fame. She and her husband, Webb County Commissioner John Galo, jointly received the Blue Spirit of Excellence Award by the Laredo Police Officers Association and the Heroes of Youth Award from the Boys and Girls Clubs of Laredo.

"My very dear friend Anna Galo is not only an accomplished businesswoman and rancher, but also a dedicated philanthropist and passionate environmentalist," Senator Zaffirini said. "Texas is blessed to have a leader like her who is willing to serve our state."

Treviño is president of Southern Distributing, a multi-brand beer and soft drink distributor. He serves on the Board of Directors of BBVA Compass USA and the Rice University Board of Trustees and is President of the Boy’s and Girl’s Clubs of Laredo, Texas.

He previously served as a Director of the San Antonio Branch of the Dallas Federal Reserve and as a member of the Board of International Bank of Commerce. In Laredo, he also has served as president of the Laredo Chamber of Commerce, the Laredo Development Foundation and the Washington’s Birthday Celebration Association and as Jefe de los Caballeros de la Republica del Rio Grande. He also has served on the Texas Alliance of Boys and Girls Clubs board, the Texas A&M International University College of Business Administration’s Business Advisory Council, the board of Casa de Misericordia shelter for victims of domestic violence and the Bishop of Laredo’s Diocesan Finance Council.

Treviño earned his bachelor of arts degree in English from Rice University and his MBA from The University of Texas at Austin.

"Memo Treviño is a good friend who always seeks ways to help improve the quality of life for residents of Laredo and our great state," Senator Zaffirini said. "I am thankful that the DMV will continue to benefit from his leadership and experience." 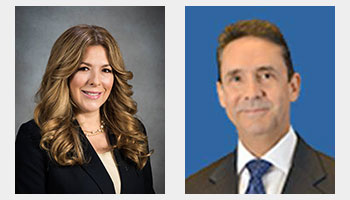