(AUSTIN) — Senator Judith Zaffirini, D-Laredo, has won 25 statewide awards and the Press Women of Texas' (PWT) Ann Faragher Sweepstakes Award for the most winning entries in the organization's annual communication contest. The awards were announced at PWT's annual convention in Waco (June 10-12).

The senator won her ninth sweepstakes award for points accumulated for her nine first-place winners, eight second-place winners, five third-place winners and three honorable mentions. Her entries won four of five awards in the speech category this year, and her statewide first-place winners included her annual newsletter, Senator Judith Zaffirini Reports to the Families of District 21; her social media campaign; an op-ed encouraging the legislature to pass a ban on texting while driving; and press releases about higher education and contracting reform.

The sweepstakes award is named for the trailblazing journalist, Ann Faragher, who in 1977 became one of the first Texas women to edit a daily newspaper.

"PWT has worked for more than 100 years to champion First Amendment rights and to support Texas women in communication," Senator Zaffirini said. "As a woman who has worked for more than four decades in the communication arena, receiving an award named after a pioneering female journalist is especially meaningful to me—and even more so because it comes from such a wonderful organization."

In 2015 and 1980 Senator Zaffirini also was named PWT's Communicator of Achievement, an award that Faragher won before she died in 2008.

Senator Zaffirini holds B.S., M.A. and PhD degrees in communication from The University of Texas at Austin, which named her the 2016 Outstanding Communication Alumna, 2009 Distinguished Hispanic Alumna, 2003 UT Distinguished Alumna and 2013 Presidential Citation recipient. While a UT undergraduate, she served as a reporter, feature writer, copy editor, headline writer, assistant editor and special issue editor for The Daily Texan. She began her journalism career as a weekly columnist for the Laredo Morning Times when she was a high school student and, later, a UT student. 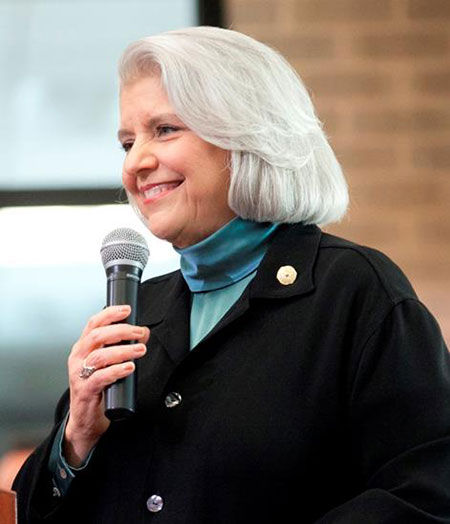 SENATOR JUDITH ZAFFIRINI, D-LAREDO, represents District 21 in the Texas Senate. A strong communicator on behalf of her constituents, she has won more than 260 awards for communication projects.