"Only one week remains to register to vote in the March primaries," Senator Zaffirini said. "All eligible Texans should do so, especially because participating in our democracy is not only our right, but also our responsibility."

In addition to choosing a new president, voters are facing important elections for state legislative and congressional seats, as well as for the Texas Railroad Commission, which regulates the state's important oil and gas industry.

"I encourage all Texans to register to vote and to participate in both the March primary and the November general elections," Senator Zaffirini said. "Your voice matters, and every vote makes a difference. Some elections are decided by very close margins."

Early voting for the March 1 primary election takes place from Tuesday, Feb. 16 through Friday, Feb. 26. More information about voting in Texas is available via www.VoteTexas.gov. 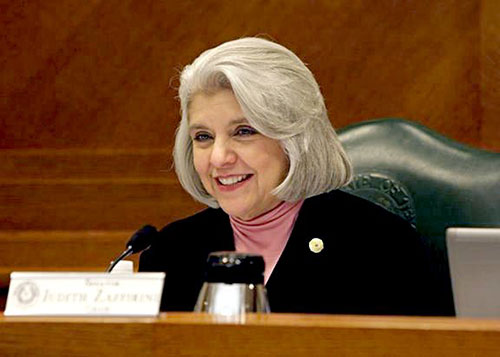 SENATOR JUDITH ZAFFIRINI believes that voting is both a right and a responsibility. She encourages Texans to register to vote by Feb. 1 and to participate in the March primary and November general elections.