Sponsored by Rep. Ryan Guillen, D-Rio Grande City, in the House of Representatives, the bill would name the portion of Farm-to-Market Road 624 in McMullen County from the La Salle County line to State Highway 16 the Texas Game Warden James E. Daughtrey Memorial Highway.

Warden Daughtrey was killed in a car crash on Dec. 8, 1978, while he was pursuing game law violators. He was survived by his wife, Cynthia Ann, who died in 2014; two daughters, Laura Kay and Jean Ann; and a son, James Eugene III.

"Though his tragic death occurred almost 40 years ago, James Daughtrey's life, service and sacrifice have not been forgotten," Senator Zaffirini said. "It is entirely fitting that the highway set to bear his name crosses the county he called home and the wild South Texas Brush Country he loved so much."

The Texas Game Warden Association will donate funds to pay for the design, construction and erection of the highway signs.

Senator Zaffirini's bill, which was supported unanimously by the McMullen County Commissioners Court, now goes to Governor Greg Abbott for his consideration.

The fallen game warden also is the namesake of the James E. Daughtrey Wildlife Management Area on Choke Canyon Lake in Live Oak and McMullen counties. 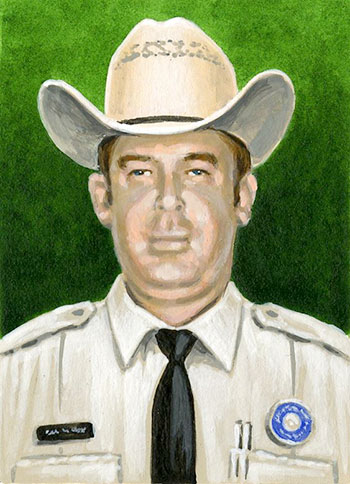