(AUSTIN) — The Texas Senate today (Wednesday) overwhelmingly approved legislation by Senator Judith Zaffirini, D-Laredo, that would enhance training for members of the governing boards of Texas institutions of higher education.

SB 24 would require that the current mandatory training for new regents and board members be completed during the member's first year of service, rather than within the first two years as under current law. What's more, it would require the Texas Higher Education Coordinating Board (THECB) to develop an intensive short orientation course offered online that new regents would be required to complete before they could vote on budgetary and personnel matters.

"If Texas is to maintain its reputation as a state with a superior system of higher education, it is imperative that we hold our governing boards to the highest standards of excellence through rigorous training and accountability," Senator Zaffirini said. "My bill would ensure that newly appointed regents have prompt and timely access to training about important governance matters prior to taking action as a regent."

The intensive short orientation course would cover such topics as:

During the 2011 and 2012 interim hearings of the Joint Oversight Committee on Higher Education Governance, Excellence and Transparency, which Senator Zaffirini co-chaired, expert witnesses consistently testified that system regents would benefit from improved standards of training.

"SB 24 is a necessary response to ongoing controversies surrounding university system regents dating back to the spring of 2011 and would help our state avoid similar controversies in the future," Senator Zaffirini said. "I am grateful to the many wonderful regents who generously volunteer their time and effort as stewards of our higher education institutions, and it is critical that we provide these leaders the training they need to be successful." 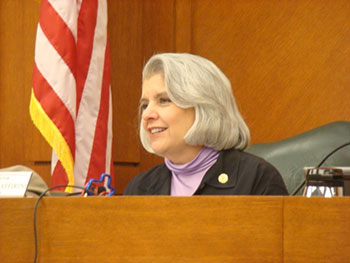 SENATOR JUDITH ZAFFIRINI is an advocate for affordability, accessibility, accountability and excellence in higher education. Her Senate Bill 24 would enhance training for members of the governing boards of Texas higher education institutions.