(LAREDO) — Senator Judith Zaffirini, D-Laredo, on Monday (Nov. 17) administered the oath of office to the initial board members of the new Webb County-City of Laredo Regional Mobility Authority (RMA).

"These appointees are accomplished community leaders, and I am confident that they will be successful in their challenging new role," Senator Zaffirini said. "It was my pleasure to administer their oaths of office as they began their official duties as board members of our new RMA."

"The creation of an RMA will allow Webb County and the City of Laredo to collaborate better in addressing our community’s long-term transportation needs and priorities," Senator Zaffirini said. "These priorities include improving the safety and efficiency of our transportation system and completing critical projects such as upgrades to Loop 20 and U.S. Highway 59 that will hasten the completion of the future Interstate 69." 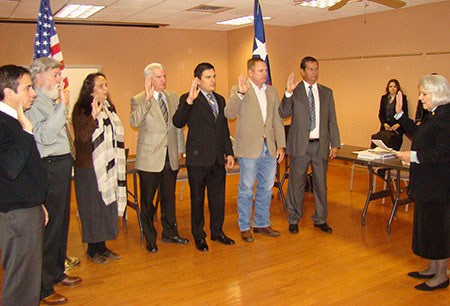 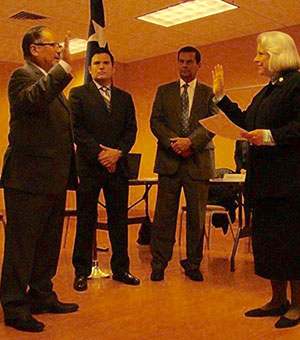