"Judge Dietz's ruling once again is telling us what we already know: Texas' school finance system is unconstitutional and a disservice to Texas students. The legislature should meet its responsibility and fix the system during the legislative session that convenes on January 13. Doing so requires that we address not only inadequate education funding levels that have left our school districts without meaningful discretion in setting property tax rates, but also equity issues and outdated weights that impact negatively our ability to educate students with different needs."

Senator Zaffirini is a member of the Senate Finance Committee. 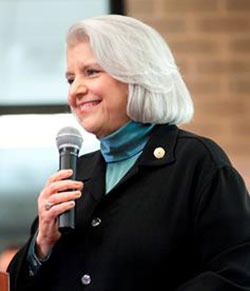 SENATOR JUDITH ZAFFIRINI represents District 21 in the Texas Senate. The second-highest ranking senator, she is a member of the Senate Finance Committee.