Interestingly, the senator's four entries in the speech category won all four awards—from first through honorable mention. Her keynote speech to the Texas Indigent Health Care Association, Stepping into the Future, won first place; her opening speech at the Texas Higher Education Leadership Conference, Closing the Gaps by 2015 and Beyond, won second; her acceptance speech for the Mary Elizabeth Holdsworth Butt Award from Mental Health America of Texas, History as a Source of Strength and Hope for the Future, won third; and her remarks honoring University of Texas students from Mexico and Spain visiting the Texas Capitol won an honorable mention.

The senator's other first place award winners included her ongoing series of communications to constituents about issues related to growth and development in the Eagle Ford Shale, her statement regarding school finance, a news release about her 50,000th consecutive vote and a podcast interview conducted by Andrew Roush of Alcalde magazine.

Senator Zaffirini's annual newsletter, Senator Judith Zaffirini Reports to the Families of District 21, won three first place awards: one for the overall publication and two for its layout and headlines.

"These awards reflect my deep commitment to communicating effectively with my constituents via a variety of media," Senator Zaffirini said. "What's more, I am grateful to Press Women of Texas for championing freedom of speech and freedom of the press and for providing important resources to women working in the communications arena." 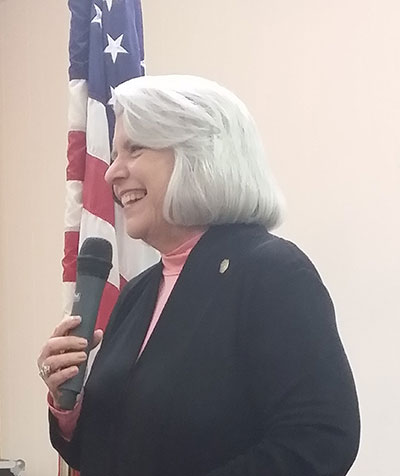 SENATOR JUDITH ZAFFIRINI, D-LAREDO, represents District 21 in the Texas Senate. A strong communicator on behalf of her constituents, she has won more than 220 awards for communication projects.