"These students are among the best and brightest and are the future leaders of our region," said Senator Judith Zaffirini, MSTF president. "I am delighted to recognize them, because they have not only excelled in academics and extracurricular activities, but also demonstrated commitment to community service and dedication to family."

When the Washington's Birthday Celebration Association honored her as Mr. South Texas in 1999, Senator Zaffirini made a commitment to help future generations of leaders in the region and assist students in achieving their higher education goals. Accordingly, she established the MSTF and raised the money for the annual scholarships.

Wednesday's presentation ceremony was hosted by Dr. Ray Keck, President, and Dr. Minita Ramirez, Dean of Student Success, at A&M International. Each honoree was selected as his or her class's most likely future Mr. South Texas honoree.

"The Mr. South Texas Foundation's mission is to aid students in their transition From Scholarship to Leadership," Senator Zaffirini said. "Our honorees pledge to return to South Texas after meeting their impressive higher education goals."

Celebrating its 14th anniversary in 2013, the foundation has provided $128,000 in scholarships to 128 Laredo students.

"Helping young persons achieve their higher education goals is one of the best ways we can impact the future of our region and state," Senator Zaffirini said. "It is my hope that all South Texans will join me in congratulating these students and in opening doors for future generations of youth." 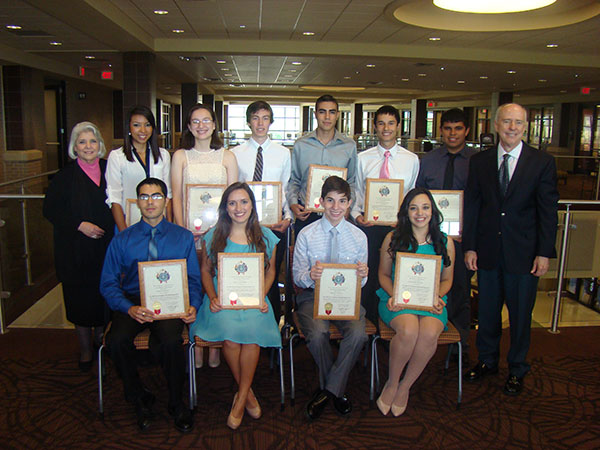