In her remarks on the floor of the Texas Senate, Senator Zaffirini lauded the counties' natural beauty, unique history and flourishing oil and gas industry.

"I am delighted to welcome constituents from Live Oak and McMullen counties to the Texas Capitol," Senator Zaffirini said. "Their visit is a wonderful opportunity not only to promote economic development and tourism, but also to advocate for local legislative and funding priorities." 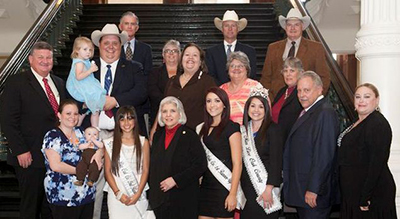