(AUSTIN) — With 12 winning entries, Senator Judith Zaffirini, D-Laredo, is the sweepstakes winner in the Press Women of Texas (PWT) 2012 Communications Contest for work published in 2011. Because her multiple winning entries earned her more points than any other entrant, she won the contest's Sweepstakes Award for the second consecutive year.

The senator's award winners include her news releases regarding higher education issues, Senate floor speeches in opposition to voter ID and sanctuary cities legislation; her annual newsletter to constituents; and the website of the Joint Oversight Committee on Higher Education Governance, Excellence and Transparency.

Senator Zaffirini's annual newsletter, Senator Judith Zaffirini Reports to the Families of District 21, won two first place awards: one for the publication as a whole and a second for its layout. Also winning first place honors were two news releases regarding outcomes-based funding in higher education and the senator's legislation creating the Texas Science, Technology, Engineering and Mathematics (T-STEM) Challenge Scholarship program.

"Winning the Sweepstakes Award not only is a great honor, but also reflects my commitment to communicating with constituents via all available news and social media," Senator Zaffirini said. "What's more, I am grateful to Press Women of Texas for championing First Amendment Rights and professional development in communication." 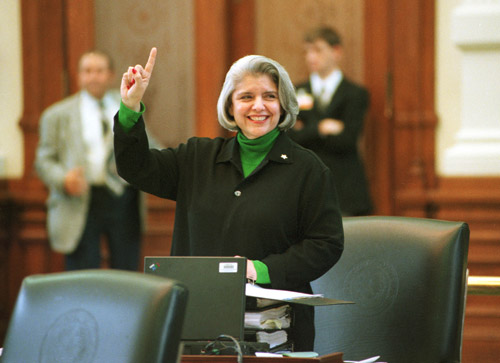 SENATOR JUDITH ZAFFIRINI, D-LAREDO, is an award-winning communication specialist who represents District 21 in the Texas Senate. A strong communicator on behalf of her constituents, she has won the Sweepstakes Award of the Press Women of Texas Communications Contest for two consecutive years. This reflects her 12 winning entries that cumulatively earned more points than any other entrant.