The Texas A&M University System Chancellor, John Sharp, Jim Schwertner and Elaine Mendoza of the Board of Regents for the A&M System, joined University officials in announcing the honor. A&M Regents approved the naming in Board action Friday.

TAMIU president Ray Keck said Sen. Zaffirini's support of higher education was critical to all institutions, but most especially for TAMIU.

"She knows education. She is herself a product of a remarkable education. She maintains a laser focus on TAMIU and is deeply engaged in the life of our institution and our students. From helping to secure legislative funding to helping us to attract critical student scholarship support, she is front and center. Her tireless advocacy and leadership have been pivotal in TAMIU becoming a major regional university of choice.

"Likewise, her role on the Senate's Higher Education Committee has given her a substantial responsibility for education statewide which she discharges with deep commitment and resolve. What better building to have her name associated with than one that dedicates itself, like her, to student success?," he observed.

Chancellor Sharp, both a former colleague and friend of the Senator, said he was honored to help celebrate the naming of the Senator Judith Zaffirini Student Success Center.

"There is no bigger champion of higher education in our state than Senator Zaffirini and certainly no larger influence on the campus of Texas A&M International University. This recognition is a tribute to her work for students and our immense gratitude to her," Chancellor Sharp said.

"Senator Zaffirini is and has remained a spirited leader for higher education in Texas. Her fingerprints can be seen on virtually every aspect of the education system. It is entirely appropriate that we now honor her with this lasting recognition on such an important building in her hometown, " Regent Schwertner said.

The Center, made possible by State funding initiated by Sen. Zaffirini in the 2006 Legislative Session approved by Lt. Gov. Dewhurst, centralizes essential student services areas under one roof.

Current and prospective students are able to access needed services to apply for admission, take placement exams, register for classes, apply for financial aid, request transcripts, pay for classes, buy books and obtain academic counseling services, all in one location.

Regent Schwertner, appointed to the Board in 2009, serves as chair of the Policy Review Committee and as a member of the Committee on Finance, Committee on Buildings and Physical Plant and the Herman F. & Minnie Belle Heep Texas A&M University Foundation.

Regent Mendoza, of San Antonio, was appointed to the Board of Regents by Governor Perry in 2011.

The A&M System is a statewide network of 11 universities, seven state agencies and a comprehensive health science center that educates more than 120,000 students and makes more than 22 million additional educational contacts through service and outreach programs each year. Externally funded research expenditures exceed $780 million and help drive the state's economy.

For additional information, contact the TAMIU Office of Public Relations, Marketing and Information Services at 956.326.2180, email prmis@tamiu.edu or click on tamiu.edu. 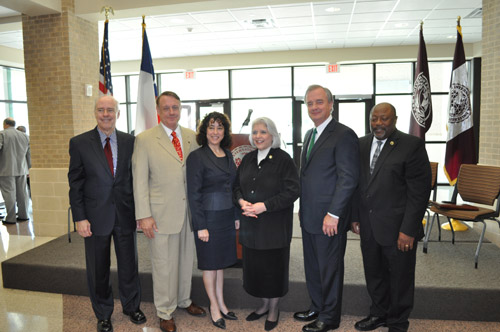 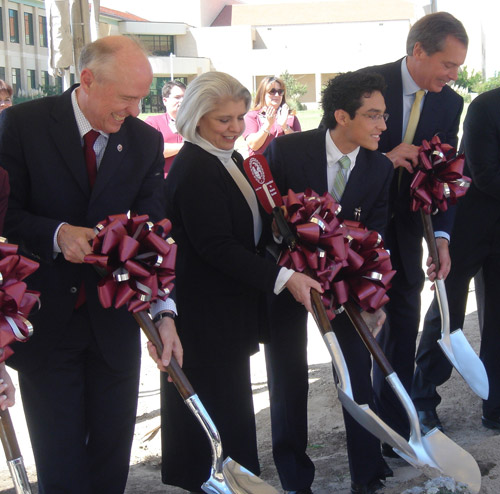