(AUSTIN) — The Texas Senate on Wednesday (May 25) voted to approve an amendment by Senator Judith Zaffirini, D-Laredo, that would ban texting while driving on Texas roadways.

"Keeping Texans safe on our highways is among my top priorities in the Texas Senate," Senator Zaffirini said. "Prohibiting texting while driving would send a clear message that this activity poses a serious danger and would undoubtedly save lives."

The amendment, which passed with bipartisan support, is similar to Senator Zaffirini's Senate Bill (SB) 46. The measure would prohibit a driver from reading, writing or sending a text-based communication while operating a motor vehicle, unless the vehicle is stopped. Voice-operated, hands-free and GPS devices would be exempt.

"Texting while driving endangers not only motorists, but also passengers, pedestrians and highway workers," Senator Zaffirini said. "No text message or e-mail is important enough to risk injury or death on the road."

Studies have shown that texting while driving is 23 times more dangerous than non-distracted driving and comparable to driving with a blood alcohol concentration at the legal limit of .08 percent. What's more, one study found that drivers who text messaged while driving took their eyes off the road for an average of 4.6 seconds within a six-second interval (NCSL). This is the same as traveling the length of a football field at 55 miles per hour without looking.

At least ten cities, including San Antonio, Austin and El Paso, have passed local ordinances to prohibit sending, reading, or writing a text message while operating a moving motor vehicle. 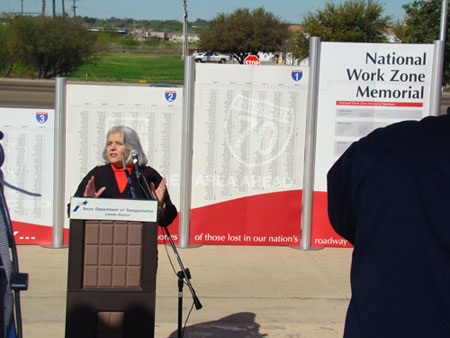