(AUSTIN) — "A budget is a moral document that should reflect the values and priorities of our state. This was the profound message of the Texas Catholic bishops when they visited the State Capitol last month. I voted against the Senate's budget today (May 4) because I agree with the bishops and believe that this budget does not reflect the values and priorities of Texans, especially with respect to education and health and human services.

"Some seek to distract attention from the draconian cuts by emphasizing that the budget passed by the House of Representatives is significantly worse. Unfortunately, while the House budget is horrific, the Senate budget is simply awful.

"The Senate budget slashes public schools drastically and blocks or delays access to critical health services for thousands of older Texans, Texans with disabilities and Texans with chronic diseases. It underfunds public education by $4.7 billion and eliminates funding for full-day pre-kindergarten.

"Also slashed are programs that would save the state money in the long run, including mental health services, family planning, early childhood intervention and disease surveillance and vaccinations.

"Additionally, the Higher Education Subcommittee's workgroup on Health-Related Institutions, which I chaired, had no additional funding to ameliorate the drastic cuts in the base bill. As a result, the Permanent Health Fund (PHF) for Higher Education was liquidated. It is strange that some who argue against tapping into the Rainy Day Fund in the name of fiscal prudence are willing to eliminate a fund meant to provide consistent funding for the institutions that train our desperately-needed doctors and health care professionals.

"This budget is not only morally wrong, but also fiscally shortsighted. The fiscal pressures amplified by Texas' rapidly-growing population are enormous. Sadly, we have squandered an opportunity to cut responsibly, solve our ongoing structural deficit and invest in the future of our state. 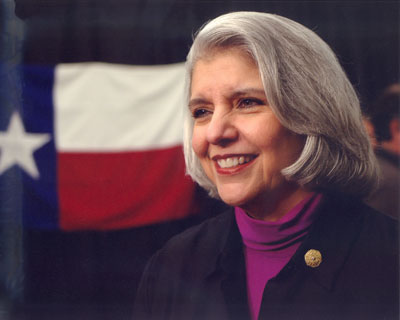 SENATOR JUDITH ZAFFIRINI, D-LAREDO, has served nine terms on the Senate Finance Committee and has served on the Legislative Budget Board since 2004. She champions funding for education and health and human services, especially for the very young, the very old and persons with disabilities.