Welcome to the official website for the
Texas Senate
Senator Judith Zaffirini: District 21
« Return to the press archives for Senator Zaffirini
printer-friendly
Press Release
FOR IMMEDIATE RELEASE
May 4, 2011
Contact: Will Krueger
(512) 463-0121
Statement from Senator Judith Zaffirini, Regarding Goals Outlined by UT System Board of Regents Chair Gene Powell

(AUSTIN) — "I respectfully but vehemently disagree with the goals outlined by the chair of The University of Texas System Board of Regents in his April 7 memorandum, as reported today (May 3) by Ralph Haurwitz in the Austin American-Statesman.

"Gene Powell's interest in increasing enrollment at UT-Austin by 10 percent annually while reducing tuition by 50 percent flies in the face of making our flagship the 'No. 1 public university in the U.S.' In fact, the two goals clearly are mutually exclusive.

"At a time when regents should be working with legislators to minimize dramatic funding cuts and the possibility of liquidating the Permanent Health Fund for Higher Education, Chair Powell instead apparently is proposing changes that are detrimental to the pursuit of excellence. They are, however, consistent with his earlier—equally controversial—statement about pursuing a Chevy Bel Air education in lieu of a Cadillac.

"As Chair of the Senate Higher Education Committee, I am dismayed by the extensive negative publicity caused by the actions of Chair Powell. Since his election in February he has caused a firestorm of negativity that is detrimental to UT-Austin, to the system, to higher education in general–and to his relationship with legislators.

"'Closing the Gaps' in higher education should focus on increasing accessibility and affordability without sacrificing excellence. It's about understanding how research and teaching/learning are intertwined inseparably, and it's about collaborating with all who are passionate about higher education in increasing the value and quality of our degrees.

"We must eliminate distractions that are detrimental to the timely task at hand: trying to ensure that higher education is funded adequately and is offered relief from unfunded mandates." 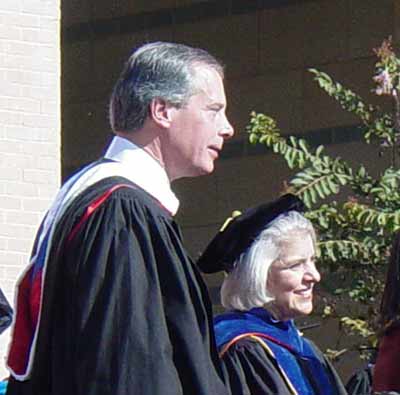 SENATOR JUDITH ZAFFIRINI, D-LAREDO, is Chair of the Texas Senate Higher Education Committee. She holds B.S., M.A. and PhD degrees from The University of Texas at Austin and champions legislation and funding that promote excellence for all Texas institutions of higher education.