"My bills reflect the priorities of the families of Senate District 21: creating jobs, improving educational opportunities and treating our neighbors with dignity and respect," Senator Zaffirini said. "With Texas facing a significant budget shortfall, we must emphasize efficiency and accountability in state government, while maintaining our commitment to higher education and to the very young, the very old and persons with disabilities."

Of the 44 bills filed Monday by Senator Zaffirini, 10 relate to higher education; 14, health and human services; and 6, public education. Others focus on areas ranging from veterans services and government transparency to job training and public safety. Her bills include the following:

"I look forward to working with Lt. Governor David Dewhurst and my colleagues to pass these and other bills critical to moving Texas forward," Senator Zaffirini said.

Bills are numbered chronologically as they are filed, though 1-25 were reserved by Lt. Governor David Dewhurst for his priorities, which include education, higher education, and health and human services.

Because hers were the first Senate bills filed for 2011, Senator Zaffirini's are numbered 26-30 and 32-71. SB 31 was reserved for the decennial redistricting bill.

"My staff and I worked purposefully during the interim to reach out to our 17 Senate District 21 counties and craft a legislative agenda that reflects the needs of South Texas families," she said. "We look forward to filing additional bills, especially as we finalize the interim report developed by the Senate Higher Education Committee, which I chair."

"Constituent feedback is essential to my meeting my top priority in the Texas Senate: improving the lives of the families of our district and of our great state," she said. "Some of my best bills were suggested by constituents. Accordingly, I urge anyone interested in the legislative process to contact me or my staff so that we can consider any suggestions for improvement or additional legislation."

Senator Zaffirini is Chair of the Senate Higher Education Committee and a member of the Legislative Budget Board and the Senate Finance, Economic Development, Health and Human Services, Administration and Redistricting Committees.

"Count on me to continue to prioritize early and higher education; health and human services, including for persons with disabilities; job creation; and public safety," she said. "Because of my committee assignments and because I am the second-highest ranking state senator, I am uniquely positioned to continue to have a positive impact on these issues." 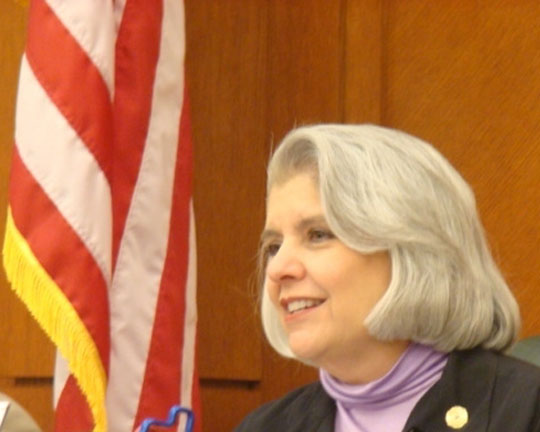 SENATOR JUDITH ZAFFIRINI represents Senate District 21, including 16 counties and northeast Bexar County. The highest ranking Hispanic and second-highest ranking senator in Texas, she chairs the Senate Higher Education Committee and is a member of the Legislative Budget Board and the Senate Finance, Economic Development, Health and Human Services, Redistricting and Administration Committees.