Last week Lt. Governor David Dewhurst appointed me to the Select Senate Committee on Redistricting. While this is a great opportunity, it also is a great responsibility. To draw new congressional, legislative and State Board of Education districts, our committee will rely heavily on feedback from Texans and the 2010 census data slated to be released in early 2011.

An accurate census count is critical to fair representation for all Texans. Congressional seats are awarded to states based on population, and regions of Texas with greater population are given greater representation in the state legislature and board of education.

The number of voices South Texas has in these important elected bodies in the coming decade will depend greatly on our region's participation in the census. What's more, census data also are used to determine the boundaries of judicial and city council districts and of precincts for county commissioners, constables and other local officials. If you care about what happens at these levels of government, it is in your interest to promote participation in the census. Whether you consider yourself a Democrat, Republican or Independent, regardless of where you live, you deserve to be heard.

Census counts also will play a major role in determining how $4 trillion in federal funds will be spent over the next decade for critical needs including roads, hospitals, school lunch programs and senior centers.

These funds are imperative for many important projects in SD 21 counties, namely, Atascosa, Bee, northeast Bexar, Dimmit, Duval, Frio, Jim Hogg, Karnes, La Salle, Live Oak, McMullen, San Patricio, Starr, Webb, Wilson, Zapata and Zavala. The smaller our census counts, the smaller the proportion of funding that will be directed to these counties.

Having served on the select redistricting committee three times since 1987, I am delighted to return as the ranking member. In previous decades South Texas did not receive its fair share of representation and funding because its residents were undercounted in the census. This time we must do better.

Census workers across the country are completing their door-to-door check at households whose residents did not return census forms. When that phase is completed, census workers will make verification phone calls through mid-August. These efforts should enhance accuracy and ensure that persons not previously counted are included.

It is my hope that all South Texans participate in the census, open their doors to census workers and answer verification phone calls. Additional information regarding how you can help ensure a complete and accurate census can be obtained via www.Census2010.gov. 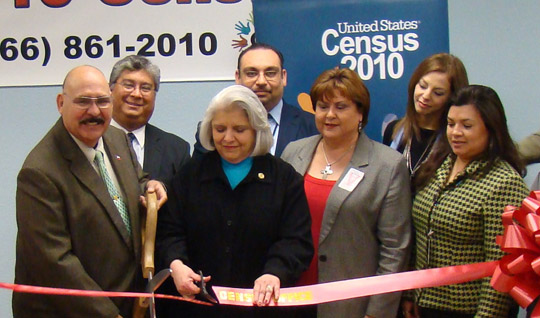 SENATOR JUDITH ZAFFIRINI enjoys reading to children and advising them about safety issues for themselves, their families and friends. Her priorities include ensuring that parents understand the importance of booster seats for children younger than 8 and shorter than four feet, nine inches.