(AUSTIN) — Senator Judith Zaffirini, D-Laredo, Friday (June 26) pre-filed Senate Bills (SB) 7, 8 and 9, which would provide health benefits for graduate students who receive prestigious fellowships and resolve the issue of “proportionality” for community colleges by defining the eligibility of personnel for state-funded health benefits.

On June 19 the Senator wrote to Gov. Rick Perry, asking him to include or to add the issue of proportionality to the call for the special session that begins Wednesday (June 30). Her three bills are identical to SB 41, SB 42 and House Bill (HB) 2083, which she authored with Rep. Burt Solomons, RCarrollton, during the regular legislative session.

SB 41 died in the Senate Finance Committee without a hearing, and HB 2083 died there without a vote. SB 42, however, was passed by the Senate and amended in the House to include proportionality. In spite of overwhelming support, it died when the legislature adjourned without concluding its business.

“These three bills focus on the needs of higher education faculty, administrators, and graduate students,” Senator Zaffirini said. “They would not only allow universities to recruit the most able graduate students, but also resolve the issue about which community college employees are eligible for state health benefits." 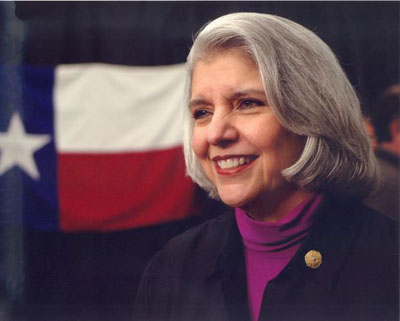 SENATOR ZAFFIRINI is Chair of the Senate Higher Education Committee. She represents Senate District 21, including 16 counties and northeast Bexar County. The second-highest ranking senator in Texas, she was first elected in 1986.