Public pre-kindergarten, Head Start and private childcare classrooms that apply and meet the criteria are considered for certification. Almost 75 percent of applying classrooms were awarded certification for the 2008-09 school year, an increase of almost 10 percent from 2007-08. What's more, the State Center increased the total number of certified classrooms this year by 42 percent.

This certification program was created by Senator Zaffirini's Senate Bill 76 (2003), which also created the Texas Early Education Model (TEEM), and Senate Bill 23 (2005), which expanded TEEM and directed the State Center to develop a school readiness system that would ensure children who leave early childhood programs are ready for kindergarten.

Pre-schools and child-care centers apply yearly to the State Center and provide information about classrooms and educational programs, including the learning environment and curriculum. Children attending applicant classrooms are followed from pre-k into kindergarten and evaluated by the State Center for early reading and social development to determine if the pre-k classroom effectively prepared the student for success in elementary school.

"I am delighted that so many classrooms across the state received this important accreditation that will improve the quality of pre-kindergarten education in our community," Senator Zaffirini said. "Quality child care programs provide a positive, long-term economic development impact by allowing parents to re-enter the workforce with the knowledge that their children are prepared for school." 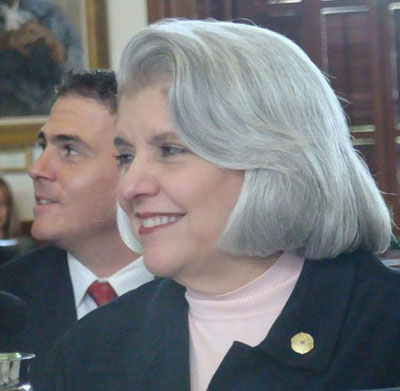