(AUSTIN) — Texas health providers advocated for increased Medicaid payments, higher wages for personal care attendants and funding for a new institute to expedite innovation in cancer research at the State Capitol today (Tuesday). They addressed a joint hearing of the Senate Finance Committee and the Senate Health and Human Services Committee that focused on interim charges issued by Lieutenant Governor David Dewhurst.

HHSC prepared charts that illustrate the 2003 $10 billion shortfall's impact on Medicaid rates by listing the change for each biennium between 2002-03 and 2008-09. In spite of progress, today's rates average only 73 percent of Medicare rates. Witnesses offered evidence indicating that the Medicaid payment increases have improved Medicaid participation by physicians.

"The Medicaid rate disparity among doctors who treat children and doctors who treat adults is troubling," Senator Zaffirini said. "Pediatric providers do not provide young persons with referrals to adult providers because of their unavailability caused by rate disparity. We must ensure that there are enough physicians who accept Medicaid to meet the needs of Texans who require Medicaid-funded services." 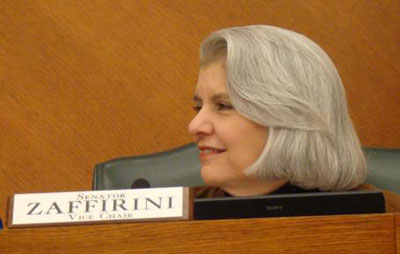