TIERS is a computer software program designed to assist Texans who qualify for state benefit programs by gathering their information to help them collect benefits such as Medicaid and food stamps. Since implementation by the Health and Human Services Commission (HHSC) in 2003, the program has proved difficult to navigate and faulty in processing and maintaining the integrity of critical data.

Senator Zaffirini questioned the disproportionate impact the HHSC's proposed expansion of TIERS has on seniors and persons with disabilities. She expressed concern that the plan risks the healthcare benefits of persons who are the most likely to need medical attention and least likely to successfully use this complex system. If the proposal is carried out, 100 percent of the cases involving Medicaid for the Elderly and People with Disabilities (MEPD) would be handled through TIERS, compared to only 22.4 percent of food stamp cases.

"Due consideration must be paid to the unique needs of the elderly and persons with disabilities," Senator Zaffirini said. "Existing TIERS errors must be identified, addressed, and fixed before this population is asked to utilize the system."

Senator Zaffirini provided suggestions for improving the program for the elderly and persons with disabilities, including developing additional benchmarks specific to the MEPD conversion and outreach to educate the MEPD population about how to navigate the program and avoid problems. Senator Zaffirini also proposed that extensions for eligibility to seniors and persons with disabilities be provided due to the problems associated with TIERS, the same way food stamp eligibility was expanded. 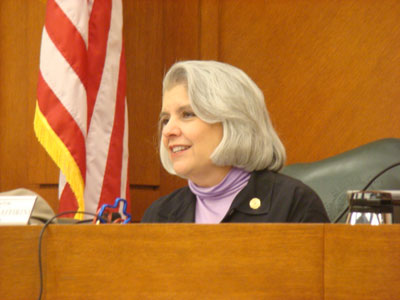