(AUSTIN) -- Students from local high schools, Laredo Community College and Texas A&M International University (TAMIU) were honored by the Mr. South Texas Foundation on Tuesday (June 6) for their outstanding scholarship and leadership. Senator Judith Zaffirini, D-Laredo, president of the foundation, presented $19,000 in scholarships, $1,000 to each of the 19 students who earned an award. Donors to the scholarship fund include AT&T, the D.D. Hachar Charitable Trust and the Laredo National Bank-Grupo Banco Bilbao Vizcaya Argentaria (LNB/BBVA Group).

"It truly is my pleasure to recognize the outstanding scholarship demonstrated by these students, but more important to support their transition toward future leadership in our community," said Senator Zaffirini, who was named Mr. South Texas in 1999 by the Washington's Birthday Celebration Association. "They are wonderful examples of true leaders who learned to balance academic excellence, extracurricular activities, community service and dedication to family."

"This year's scholarship recipients will have a broad impact upon the South Texas community," said Senator Zaffirini. "These outstanding students will become the future doctors, teachers, business leaders and elected officials in Laredo."

The 19 students receiving awards include: 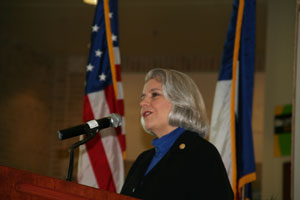 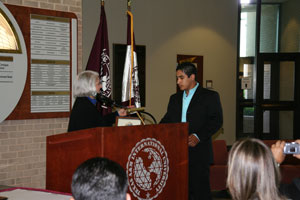 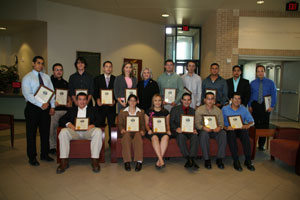