(AUSTIN)--Senator Judith Zaffirini, D-Laredo, was sworn-in as the fourth highest-ranking Texas state senator today (Tuesday) at the State Capitol. She also returns as the highest-ranking senator for Bexar County and the border region.

"I am delighted to serve the residents of Senate District 21," Senator Zaffirini said. "I pledge to continue my work to ensure the health, safety and welfare of all of my constituents and to prioritize education."

First elected in 1986, Senator Zaffirini was the first Hispanic woman elected to the 31-member Texas Senate and is the highest ranking of four women who will serve in the 79th Texas Legislature that convened with the swearing-in ceremonies.

The only senator with career-long 100 percent attendance and voting records through the 2003 Regular Legislative Session, Senator Zaffirini cast 29,617 consecutive votes during nine regular and 16 special sessions. Her legislative successes include passing bills to immunize all Texas children; reform Medicaid and simplify eligibility for 600,000 children; suspend licenses of drunk drivers; and provide opportunities for Texans to succeed in college through her B-On-Time loan forgiveness program.

"I pre-filed bills in priority areas that include higher and early childhood education, health and human services and public safety," Senator Zaffirini said, who filed 28 bills before the session began. "I hope to build upon our legislative successes to help improve the lives of every Texan, just as we did when I worked here as a college student."

Senator Zaffirini's office is in the Senate's east wing of the Capitol, 1E.12. She worked in the same office in 1967 as a part-time media aide to the late State Senator Wayne Connally, D-Floresville, although it was then numbered 129H. Her husband, Carlos M. Zaffirini Sr., was Senator Connally's chief of staff.

As the vice chair of the Senate Finance Committee, Senator Zaffirini is at the forefront of drafting the state's appropriations bill. Priority issues for the 79th Legislature include public school finance reform.

"I look forward to working with Lieutenant Governor David Dewhurst and my colleagues to pass legislation that prioritizes equity while enhancing access to an excellent education for all Texas children," said Senator Zaffirini, a member of the Senate Education Committee since 1989. "We must fund public education at a higher level while striving for excellence."

The 79th session will adjourn on May 30. Live sessions of the Senate and its committee hearings are available via www.capitol.state.tx.us. The website offers information regarding the legislature and other government agencies. Information about the status of bills is available online via the Legislative Reference Library's toll-free Texas number, 1-877-824-7038. 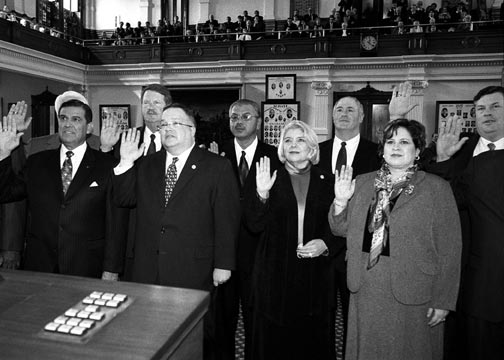 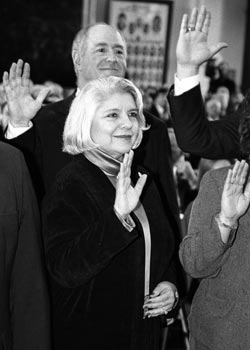