LAREDO, Texas--During a reception at the Children's Advocacy Center of Laredo-Webb County Senator Judith Zaffirini (D-Laredo) on Tuesday (March 2) received the "Champion for Children" award from AMERIGROUP Foundation for her legislative efforts on behalf of Texas children.

Cathy Rossberg, Vice President of AMERIGROUP, presented the award and $2,500 in Senator Zaffirini's name to CAC, the charitable group of her choice. This donation will help the center to fulfill its mission of breaking the cycle of child abuse and neglect. "Generous donations from AMERIGROUP and other worthy organizations enable us to protect our children against abuse, neglect and exploitation," Senator Zaffirini said. "It is our responsibility as parents, mentors and legislative representatives to prioritize their needs an to ensure their health, safety and education."

During the 78th Legislature Senator Zaffirini passed 40 bills, including 14 that specifically related to children's advocacy issues. Among them were SB 45, which creates a separate crime to operate a motor vehicle while intoxicated and with a child passenger; SB 57, which created a statewide alert system for abducted children, commonly known as the Amber alert system; SB 76, which coordinates pre-kindergarten, Head Start and child care programs. "These bills are part of our efforts to enhance children's well-being," Senator Zaffirini said. "CAC volunteers facilitate our passing legislation to help victims of child abuse." 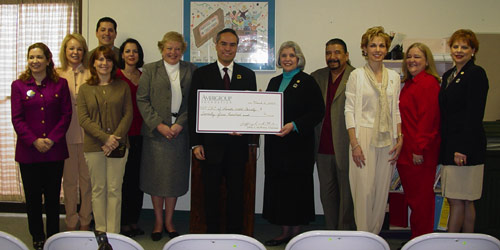