AUSTIN, Texas--Lieutenant Governor David Dewhurst today (Friday) appointed Senator Judith Zaffirini, D-Laredo, to the powerful Legislative Budget Board. The LBB comprises the Lt. Governor, the Speaker of the House of Representatives, four senators and four representatives. "Senator Zaffirini is one of the Senate's hardest working members, and I am pleased to appoint her to the Legislative Budget Board. Senator Zaffirini worked extremely hard as Vice Chair of the Senate Finance Committee to ensure that essential services were protected for the most vulnerable in our society. As a member of the LBB, Senator Zaffirini will serve the people of Texas well," Lt. Gov. Dewhurst said.

The LBB was created in 1949 for the primary purpose of developing recommended legislative appropriations for all state agencies. Its most notable responsibilities are setting the limit on the next biennium's budget growth based on the state's economy and exercising budget-execution authority when the legislature is not in session. Many consider the LBB as powerful during legislative interims as the Appropriations Conference Committee is during legislative sessions.

"Serving on the LBB will be challenging," Sen. Zaffirini said. "My pledge is to do my best in prioritizing the needs and interest of the families of our district and of our great state. I'm grateful to Lt. Gov. Dewhurst for giving me another great opportunity to make a difference." 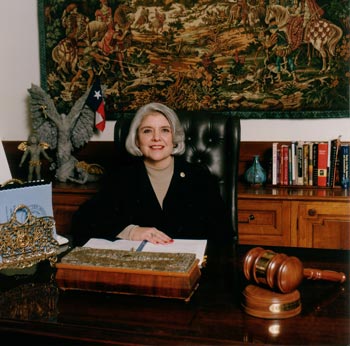