"Texans are in favor of this proposal and it's clear why. This proposal will help keep the $2.5 billion a year Texans spend in neighboring states here at home.

"When people travel to other states to gamble, they pump millions of dollars into the economy - they go out to eat, visit local attractions, and shopping centers. We are talking about an economic impact of $8.5 billion. That's a huge increase in state revenue and right now, we are giving away the jackpot.

"This proposal can create over 77,000 new and permanent jobs in our state, and not just in the racetracks, but in 40 different industry sectors. We don't even have to expand the gaming footprint - placing VLTs in existing racetracks will maximize the value of our existing gaming and entertainment space.

"Texas already has the necessary ingredients to be a leader in horse racing - we have good horses, excellent breeding, great weather for training and a longer racing season - we just need to increase traffic. VLTs will draw more people to the racetracks, increase tourism, make for bigger purses, and benefit the economy of this great state.

"This proposal is a win for Texas." 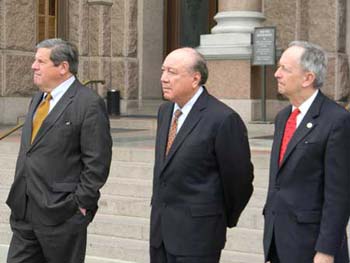 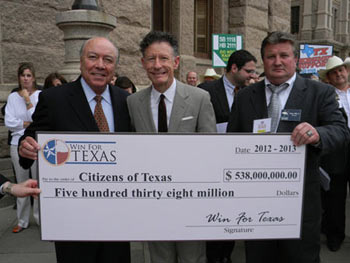 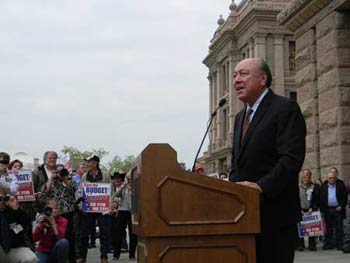