(Austin, TX) — Today, at the request of Senator Hinojosa, the Texas Senate adjourned until 10:30 am February 8, 2010, in memory of Specialist Ryan A. Gartner. Spec. Gartner had been in Afghanistan supporting Operation Enduring Freedom for over a year and was expected back home in April to celebrate his 24th birthday. Spec. Ryan A. Gartner passed away on Feb 1st, in Bagram, Afghanistan, of wounds sustained in a non-combat incident. Senator Juan "Chuy" Hinojosa released the following statement.

"It's always sad when one of our citizens dies in defense of our country, but we are proud of his service and sacrifice. Specialist Ryan A. Gartner answered to the call of duty and served his country with bravery.

"I extend my deepest condolences to his family, friends, fellow service members, and to all who loved him." 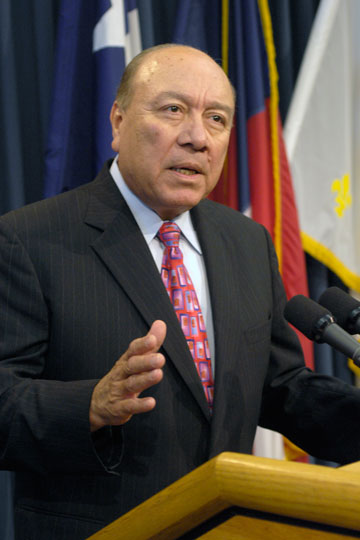 Senator Hinojosa proudly served our country as a U.S. Marines squad leader in Vietnam from 1966 to 1968. In 2005, Senator Hinojosa was awarded the Legislator of the Year Award for improving the lives of veterans in the state of Texas by the Texas chapter of the Vietnam Veterans of America (VVA).