(Austin, TX) - Last week, our Wounded Warriors made a visit to the State Capitol and they met with Senator Juan "Chuy" Hinojosa and Senator Carlos Uresti.

Senator Hinojosa proudly served our country as a U.S. Marines squad leader in Vietnam from 1966 to 1968 and represents Brooks, Jim Wells, Nueces and part of Hidalgo County. The Senator is dedicated to advocating for those issues that are most important to Texas Veterans and, in 2005, was awarded the Legislator of the Year Award for improving the lives of veterans in the state of Texas by the Texas chapter of the Vietnam Veterans of America (VVA).

"Our veterans risked their lives for this country, and answered the call of their government in times of threat, it's only fitting that government supply the resources necessary for our support," Senator Hinojosa said.

"I was proud to stand next to our Wounded Warriors, as I was proud to fight for our country. I want to make sure that our current veterans and those coming back home from the wars overseas are treated with the honor and respect they deserve. I will continue my efforts to address the issues affecting our veterans this legislative session," concluded Hinojosa.

During the 81st Legislative Session, Senator Hinojosa passed a bill that established March 29 as Vietnam Veterans Day in honor of the men and women who served in the Vietnam War. The bill requires that Vietnam Veterans Day be regularly observed with the appropriate ceremonies.

He also passed a resolution urging Congress to restore the presumption of a service connection for Agent Orange exposure to veterans who served on the inland waterways, territorial waters, and in the airspace of the Republic of Vietnam.

In addition, Senator Hinojosa passed a proposed constitutional amendment that allows the state to contribute money, property, and other resources for the establishment, maintenance, and operation of veteran's hospitals in this state. 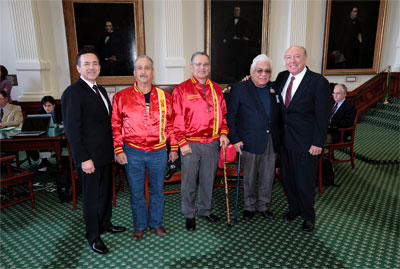 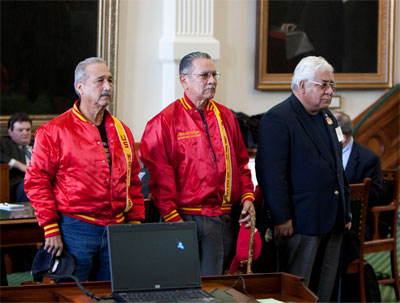