(AUSTIN) — The average cost of a college education in Texas has skyrocketed since lawmakers gave college boards of regents the power to set their own rates for tuition and fees sixteen years ago. Wednesday, the Senate Higher Education Committee considered a slate of bills intended to slow this growth and make higher education more affordable for Texas students and families. Facing a $10 billion budget shortfall in 2003, the Legislature agreed to let colleges and universities determine their own tuition rates. "I understand we have a deficit, a big deficit, and that we have maybe not given universities what they need to continue to provide quality education for our students" said McAllen Senator Juan "Chuy" Hinojosa during debate on the deregulation bill that session. "I'm concerned that a lot of the boards of regents are going to try to make up that difference by increasing tuition to the point that we're trying to balance the budget for universities by increasing tuition for middle class families." 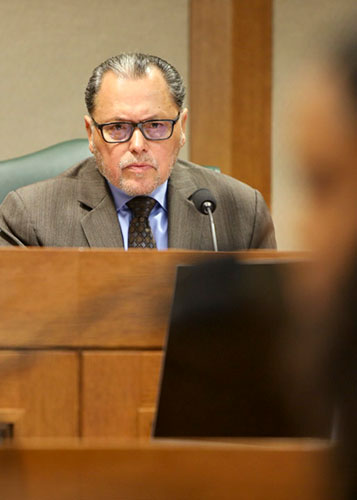 Senator José Rodríguez of El Paso offered a bill before the Senate Higher Education Committee that would put the Legislature back in charge of university tuition hikes. His was one of several proposals to deal with the rising cost of post-secondary education considered by the panel on Wednesday.

According to Georgetown Senator Charles Schwertner, that's exactly what happened. He said that since 2003, the cost of college has more than doubled, with the part of tuition under the discretion of college boards increasing a staggering 290 percent. "There's a huge swath of middle class Americans across Texas and across this nation that are being affected by ever increasing higher education tuition and fees," he said. "Higher education costs have exploded, even outpacing medical cost inflation over the last 10 years." Families and students are increasingly turning to college loans, which Schwertner says now make up the third largest source of debt in U.S., behind only home and auto loans. "This broken system is leaving an entire generation of students mired in debt and unable to fully participate in the Texas economy due to the substantial student loan payments they owe for many years after graduation," he said.

Schwertner's proposal would freeze tuition for one year at public colleges and universities and limit future increases in tuition and fees to no more than the rate of inflation, which has increased only 33 percent since 2003. Dallas Senator Royce West's offered a similar measure that would tie tuition increases to the average increase in the consumer price index in Texas over the previous calendar year. According to Federal Reserve data, CPI is up about 36 percent nationally since tuition deregulation passed. For El Paso Senator José Rodríguez, giving the Legislature back the sole authority to regulate tuition is the best answer. "Universities would make their case for tuition increases, just like state agencies make funding requests, and the buck will stop with us, the elected lawmakers," he said. Rodríguez's bill would freeze tuition rates in 2020 and only permit tuition hikes if approved by the Legislature. All measures considered Wednesday remain pending before the committee.

The Senate dealt with another issue related to college affordability on the floor Wednesday by approving Senator West's SB 25, which seeks to improve the college course credit hour transfer process. West says that students and families are wasting millions of dollars on courses that don't end up counting toward a degree when they transfer schools. "It's about $45 million per year that students and parents, coming out of their pockets, have to pay in wasted semester credit hours," he said. "There's about $15 million in [general revenue] that we're spending as a state, still coming out of taxpayers' pockets, that we're wasting on these types of inefficiencies within our education system. " His bill would require that all four-year institutions report to the state which courses they don't accept from transfer students. West says that the state currently has no data on which courses don't transfer and why. It would also require students to file degree plans earlier, after earning 15 hours for students in dual-credit programs and 30 hours, down from 45, for university students. Having a plan, and knowing what counts and what doesn't, is intended to help students better select courses that will help them meet their academic goals and avoid wasted credit hours. The bill now heads to the House for consideration.

The Senate will reconvene Thursday, April 25 at 11 a.m.