AUSTIN – Senator Donna Campbell filed Wyatt's Law (SB 239) Wednesday to prevent parents from the kind of emotional trauma that Lara McDaniel experienced when she was prevented from seeing or visiting her 7 year old son Wyatt after a tragic accident took his life while playing in a pile of sand.

“No parent should have to endure the bureaucratic nightmare of not being able to say goodbye to their child. The law needs to be clear that parents have the right to say goodbye before an autopsy is performed. Our hope is that Wyatt's Law will prevent others from having to experience unnecessary heartbreak during such a tragic loss,” Senator Campbell stated.

Wyatt’s Law, named after a San Antonio boy, will make it less burdensome on parents to be able to view their child’s body posthumously. The bill easily passed the Texas Senate last session, but did not make it to the House floor before time expired. This Legislative Session marks a second attempt to right a wrong that affected a Texas parent and pass meaningful reform.

“The case of Wyatt McDaniel is a perfect example of a tragic accident compounded by a bureaucratic tragedy” Senator Campbell said. “As a medical doctor I can think of no reason why a parent, supervised by a physician or law enforcement, should not be allowed to view their child’s body.”

State Senator Donna Campbell represents Senate District 25 and chairs the Veteran Affairs and Military Installations Committee. She will discuss legislative priorities for the upcoming session, including the bills she has already pre-filed, at a town hall tonight at 6:30 in Dripping Springs. 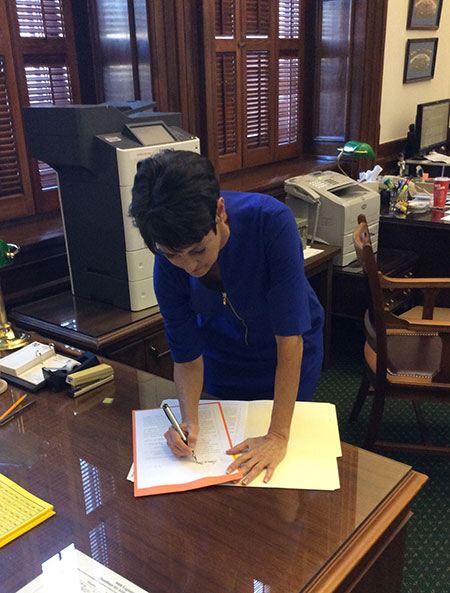