(AUSTIN) — The Texas Senate today (Wednesday) overwhelmingly approved Senate Bill (SB) 1913 by Senator Judith Zaffirini, D-Laredo, which would help dismantle the modern-day "debtors' prison" system that jails thousands of low-income Texans for no reason other than their inability to pay fines.

SB 1913 would enact comprehensive changes recommended by the Texas Judicial Council (TJC) to provide judges with new tools and procedures to hold low-income Texans accountable without jail time when they cannot pay their fines and court costs in criminal cases. Appointed by Lt. Governor Dan Patrick to the TJC in 2015, Senator Zaffirini has carried many of its priority bills.

"For at least four decades the U.S. Supreme Court has dictated that imprisoning a defendant for inability to pay fines denies equal protection and that a person cannot be punished for his or her poverty," she said. "Despite this, debtors' prisons persist in our state in jurisdictions that trap low-income Texans in a cycle of debt, license suspensions, arrest warrants and jail time when they cannot afford to pay traffic tickets and other low-level, fine-only citations. SB 1913 would reduce the number of persons trapped in this vicious cycle."

Investigations by the media and governmental entities have found that low-income Texans are jailed frequently for inability to pay traffic tickets. When they cannot pay their tickets, they lose their driver's licenses and cannot renew their vehicle registrations, making it illegal for them to drive to work. If they drive to pick up children from school or go to work, they may receive additional tickets for driving without a license and registration, accumulating more fines, court costs, and fees.

What’s more, when they cannot pay the additional fines or court costs, warrants are issued for their arrest, and they may be jailed for days, weeks or even months. Tens of thousands of people are booked into county jails each year for fine-only offenses alone. While in jail, these persons may lose their jobs and housing, jeopardize their families and be driven deeper into poverty.

"Too many Texans are being imprisoned unconstitutionally for their inability to pay fines, and we must do more to ensure that defendants have the opportunity to satisfy their legal financial obligations through community service, work programs, electronic monitoring and tutoring programs," Senator Zaffirini said. According to research conducted by Texas Appleseed, for example, in 2015 one municipal court in Arlington sentenced 4,590 persons to jail for fines while a municipal court in Plano jailed more than 2,600.

"SB 1913 would expand the availability of community service and work options that defendants can complete in lieu of payment of fines and costs," the senator added. 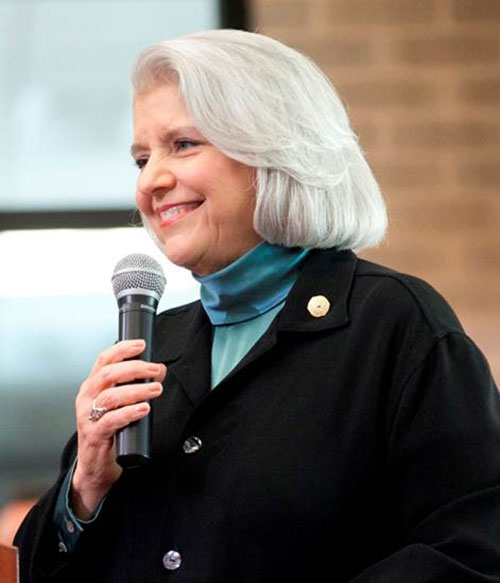 SENATOR JUDITH ZAFFIRINI, D-Laredo, is a member of the Texas Judicial Council and the author of Senate Bill 1913, which would help eliminate "debtors' prisons" in Texas.