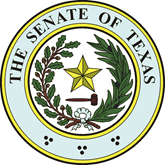 (AUSTIN) — Home mortgage scams in El Paso and Austin have prompted three senators to propose legislation to curb the abuse and protect homeowners.

Senators Judith Zaffirini (D-Laredo), Kirk Watson (D-Austin), and José Rodríguez (D-El Paso) today filed several bills to address “wraparound” home mortgage scams, which leave homeowners at the mercy of a middleman who may or may not keep up with the mortgage payments.

In one particularly egregious case in El Paso, a wrap scammer absconded with nearly $2 million from 200 families before the Texas Department of Savings and Mortgage Lending was able to intervene.

“Unfortunately, El Paso has become a prime area for predatory wrap scammers, in particular those that target our military families who might need to sell their homes quickly, our unbanked immigrant population, and inexperienced first-time homebuyers who may struggle to obtain credit through a traditional bank,” Sen. Rodríguez said. “All of these people are simply striving for the American dream of home ownership, and providing a better life for their families.”

Current law has failed to prevent these scams and make victims whole. For example, wrap lenders take advantage of de minimus exceptions to avoid agency regulation and a current disclosure requirement is often ignored because it lacks teeth.

“Predatory lenders have found a new tool to take advantage of those who are working hard to save and buy their own home,” Sen. Watson said. “It is clear our current laws are inadequate to prevent this abuse, which is why the Legislature needs to act.”

The bills were developed with assistance from the Texas Department of Savings and Mortgage Lending, legal aid attorneys, and banking groups.

Other wrap scams have affected about 40 homes in the Dove Springs area of Austin. The Texas Department of Savings and Mortgage Lending has been investigating these scams as well.

“I am delighted to work with Senators Watson and Rodríguez to protect our constituents and all Texans from mortgage fraud committed by predatory ‘wrap’ lenders,” Sen. Zaffirini said. “Our legislation would not only strengthen disclosure requirements and protections for homebuyers, but also help expose bad actors and facilitate their prosecution.”

Trish McAllister, executive director of the Texas Access to Justice Commission, added that the legislation will help families stay in their homes.

“Many Texas families, who have striven to consistently make their payments on time, have fallen prey to wrap loan scams and lost their homes,” McAllister said. “This is especially tragic for low-income families who are the least likely to have access to the courts but the most likely to end up homeless. Passage of this legislation will protect everyone from these predatory practices.”

SB 1993 (Rodríguez) eliminates a loophole that allows wrap lenders and servicers to avoid being licensed by the Texas Department of Savings and Mortgage Lending (TDSML). Right now, only lenders that make five or more loans annually are subject to licensure. Wrap lenders exploit this loophole by making it difficult for TDSML to verify how many transactions they have made. For example, wrap lenders may set up shell land trusts, not record transactions, or use the name of an unsuspecting investor. SB 1993 would eliminate this loophole for wrap lenders and servicers.

SB 1994 (Zaffirini) provides that a wrap loan is void and unenforceable unless it is made with the prior, written consent of all existing lienholders and is closed at a title company's office. This provision is intended to eliminate wrap lenders’ incentive to hide transactions from the original lienholder, who may have a due on sale clause. SB 1994 also creates a fiduciary obligation and constructive trust for all payments a new owner makes to a wrap lender, ensuring these payments are used for their intended purpose. Finally, SB 1994 gives a homeowner several remedies if a wrap lender violates the law, including the remedies in the Texas Deceptive Trade Practices Act.

SB 1995 (Watson) strengthens the disclosure requirements that apply to wrap loans. A current provision in the Property Code already requires lenders to disclose preexisting liens, but this provision lacks a meaningful enforcement provision and contains confusing insurance information. SB 1995 would fix these problems by improving the insurance warning and adding enforcement provisions in the form of a tolling provision and a Class A misdemeanor. SB 1995 would also require the disclosure to be provided in a language other than English if the wrap loan was primarily negotiated in another language.

SB 830 (Rodriguez) requiring all seller-financed lenders give borrowers annual statements that include how much money was paid and is still owed on a loan. This information, routinely given by banks and credit unions, often isn't given by self-financing wrap lenders, leaving borrowers without proof of lost payments in cases of fraud.

"Requiring access to this information could also help signal to a borrower if something is suspicious about their mortgage loan," Sen. Rodríguez said.