"The economy is recovering slowly, interest rates and construction costs are relatively low and Texas university enrollments are spiraling upward," Senator Zaffirini said. "This is the perfect time to invest in these projects that would create jobs and have a dramatic economic multiplier effect on our state."

Her bill includes all proposals submitted this year to the Texas Higher Education Coordinating Board (THECB), which will score them based on criteria including cost, space need/efficiency and impact on meeting statewide higher education goals.

"Although our budget outlook is dire, prioritizing some of our limited funds to invest in meeting higher education's construction needs would yield significant economic benefits," Senator Zaffirini said. "Filing this bill allows all projects to be evaluated, ensures that we will be prepared if funding resources become available and maintains our focus on higher education construction needs."

She added that most TRB bills filed in the Senate initially included a few projects and were amended to include more. Her preference, however, is to include all requested projects at the outset and then to trim the list based on the THECB evaluations, including ranking, and on available funds.

The Texas Legislature traditionally has passed a TRB bill every other legislative session. It has been nearly five years, however, since Senator Zaffirini and Rep. Geanie Morrison, R-Victoria, passed House Bill (HB) 153, which authorized $1.9 billion for 66 projects at 48 universities.

"Typically, three or four years elapse between a TRB bill's passage and the opening of any new building it authorizes," Senator Zaffirini said. "If we wait until 2013 to authorize TRBs, Texas universities will have to wait until 2016 or 2017 to complete construction. I hope my colleagues will agree with me that this is unacceptable.

"We want to keep TRBs in the spotlight. Even if we can't pass SB 272 in 2011, we will be ready for the day that we can. During the 2006 special session, for example, Gov. Rick Perry added TRBs to the agenda at 10:40 p.m., three days before the final day on which we could pass bills. Because we were ready, we succeeded—even though that last day was Mother's Day."

The senator said that many higher education and business leaders agree that conditions are extremely favorable for issuing TRBs to eliminate or reduce that deficit.

"By locking in low interest rates and taking advantage of low construction costs, the state can secure an incredible return on our investment," Senator Zaffirini said. "Because of our significant budget shortfall, we must aggressively seek opportunities for us to get the best value possible. There will never be a better time to make these critical improvements to our state's higher education system.

"If the Legislature waits until 2013 or waits for the economy to improve, we risk losing these savings and pushing back completing these critical facilities until at least 2017," Senator Zaffirini added. "Texas cannot afford to wait that long."

A $3.2 billion investment in the 74 projects in SB 272 would not only benefit the state's higher education system, but also spur a boom in construction across the state at a time when the Texas construction industry has lagged due to the national economic downturn.

"The returns on higher education are significant, but they aren't always immediate," Senator Zaffirini said. "The wonderful thing about this legislation, however, is that it creates jobs immediately and in the future." 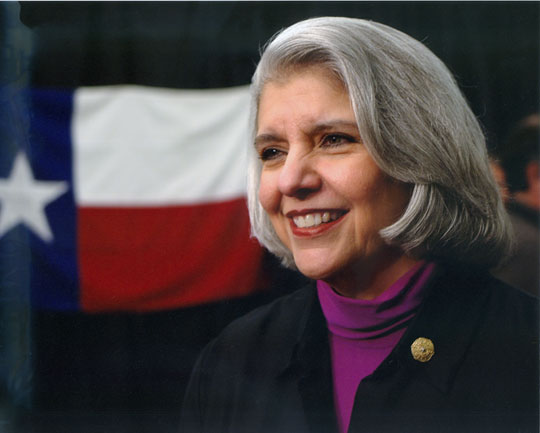 SENATOR JUDITH ZAFFIRINI, D-Laredo, is Chair of the Senate Higher Education Committee and a member of the Legislative Budget Board and the Senate Finance and Economic Development Committees. She champions legislation and funding that support Texas' higher education system and keep the state's economy strong.